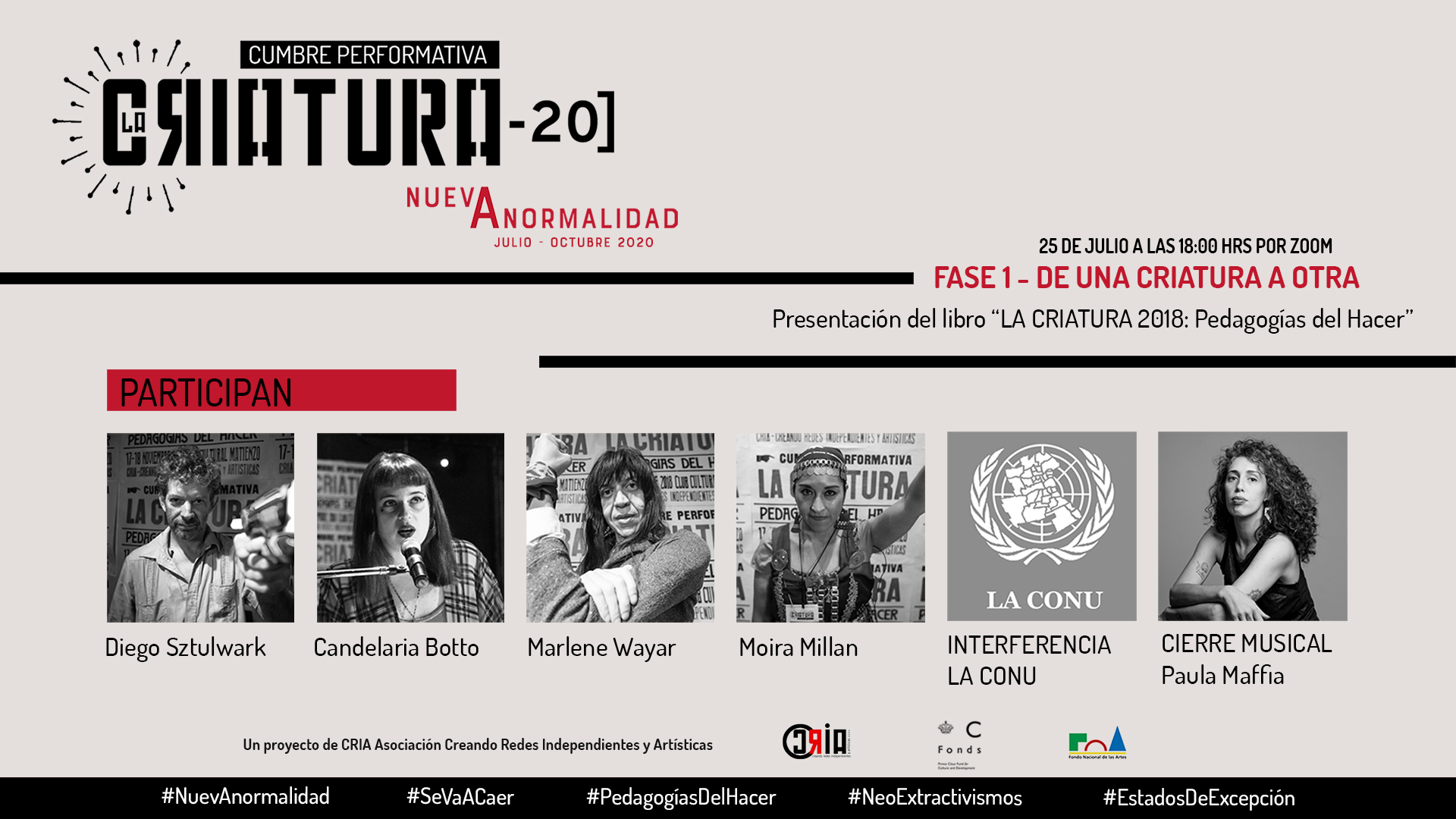 La Criatura is organized by the Asociación Creating Independent and Artistic Networks (CRIA). It is a performative biennial that is informed by the current social context, and includes performances, artistic interventions, talks, debates, and workshops, etc. More than 100 artists, activists, intellectuals, and leaders of social movements participated in the first edition, with an audience of over 1,000.

This second edition, La Criatura-20, is informed by the COVID crisis, questioning and imagining our new abnormality. This year it will take the form of a multiplatform online program from July – October 2020.

The program’s launch was on July 25. Participants included: Diego Sztulwark, philosopher; Marlene Wayar, trans activist; Moira Millán, indigenous leader and writer; and Candelaria Botto, feminist economist. The event also featured the presentation of the book from La Criatura 2018, which talks about the effects of the G20 (held in Buenos Aires in 2018) in the global context. There was also a performative intervention by La CONU (the UN of the Buenos Aires outskirts), and a concert by Paula Maffia.

There is also an open call for five grants called TesteosPerformativos. Collective and interdisciplinary artistic projects are eligible, and winners will realize an intervention in La Criatura 2020. The selection committee is made up of three respected Argentine artists: Gabriela Halac, Marcela Fuentes, and Fernando Rubio.

La Criatura-20: NuevAnormalidad aims to debate diagnoses, conflicts, and solutions in a performative summit with an interdisciplinary, international lineup. Following health protocols, the program is divided in multiple phases and focuses on several major themes and urgent agendas: economy and pandemic; sexuality, feminisms and LGBTQ+ issues; art and education; the environment, indigenous communities, and agro ecology; and finally, migration and crises of democracy and representation. 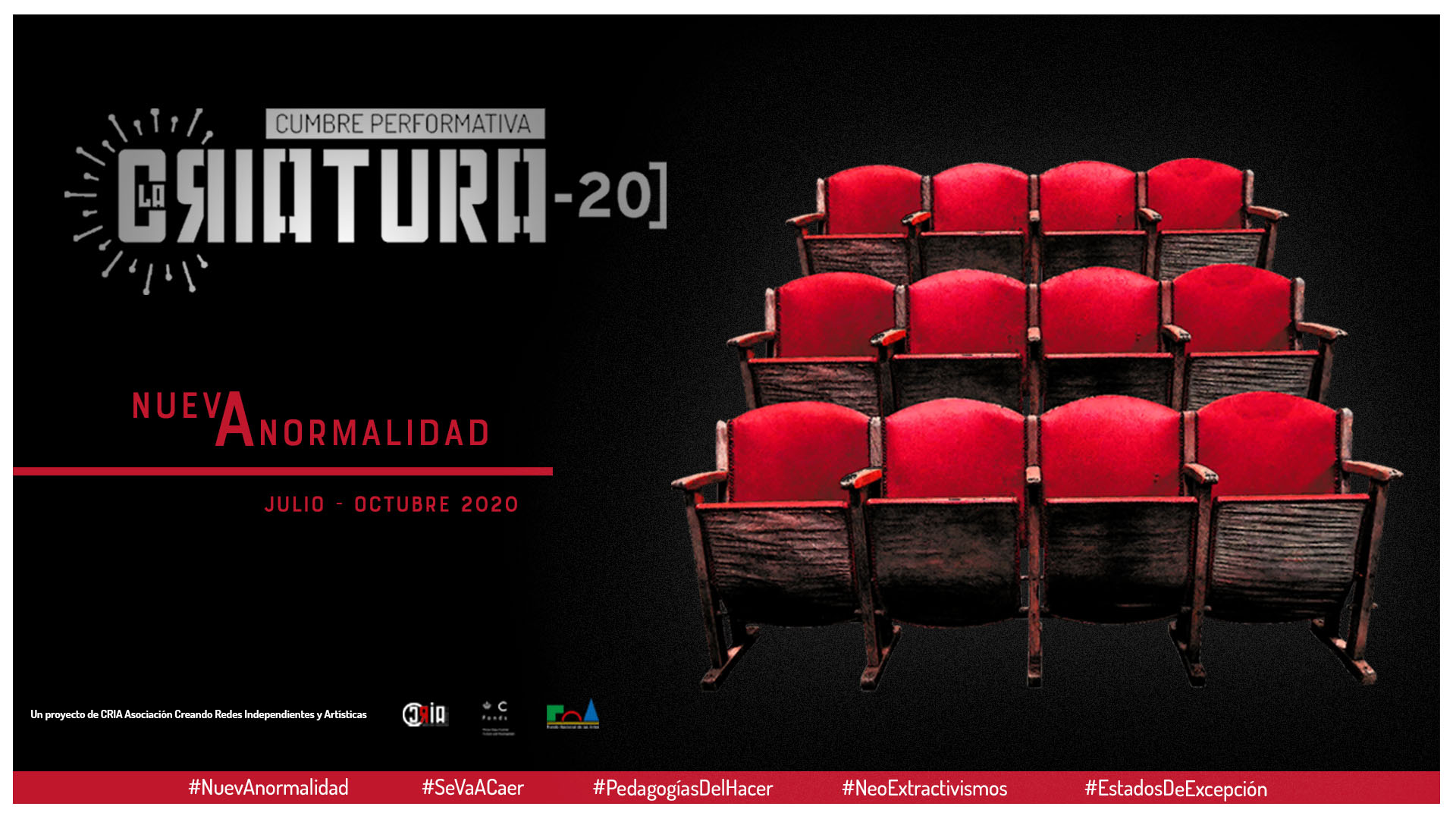